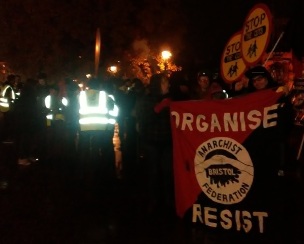 Austerity (or cuts as most of us think of it) is a hard pill to swallow. Services are closed or run into the ground with ‘efficiency savings’, jobs are lost, and benefits cut. Still, it’s a necessary cure right? Us ordinary folk can’t continue to have luxuries like care for the elderly. The state needs every penny to help pay off the national debt. You know, that one that got built up by bailing out the bankers. After all, those bankers need to maintain the bare necessities of life, like their multi-million pound salaries and private yachts.

Surely after six years it must be working? Well… the national debt has doubled, the International Monetary Fund (not generally a champion of the poor) has questioned the entire logic of austerity, wages have fallen by 10% and homelessness is up by 1/3rd in the last year alone. The governments response? More austerity of course! Now, stop me if I’m being too cynical here, but I think the politicians may have been lying to us about the reasons for austerity. It only makes sense if it is driven by the ideas that right-wing politicians have been pushing for decades. Ideas like ‘the rich shouldn’t have to spare any of their wealth to fund services for the poor’,  ‘the NHS should be replaced by a US style health insurance system’,  and  ‘all services should exist to make a profit for someone already wealthy’.  Looked at like that, its a roaring success for the Tories. We’re the ones who are paying for that success however, with our lives and lively hoods. Cuts to disability benefit, domestic violence services, and youth support have cost lives, and continue to do so every single day.

Bristol is set to face another round of severe cut backs, pushing already strained services past breaking point. So, what are we all going to do about it? Well the fightback has begun to re-emerge after a few years of relative quiet following the flurry of activity in 2010 & 2011. We recently joined Peoples Assembly, Unite, and Bristol & District Anti Cuts Alliance (BADACA) for a protest outside a council meeting. It offered a glimmer of hope. It genuinely feels like some of the lessons of the previous struggles had been learnt. It certainly didn’t seem like anyone was putting any faith in the ability of the council or mayor to do anything other than implement the cuts – whilst saying they feel really bad about it of course. We could also feel the anger in the air as we joined with our friends in Bath to protest the selling off of local NHS contracts to Virgin.

What will come of this anger all depends on what we manage to accomplish in the next few months. If we’re too even dent the potential cuts it’ll take a lot more than some petitions, some A to B marches of the same old faces & groups (us included), and some half hearted promises from ‘left’ leaning city councillors. It’s going to require coordination, wide spread engagement with people across our city, and disruptive action. We need our local political ‘leaders’ to be more scared of what we’ll do if they implement cuts, than what the UK government and its bureaucrats will do if they don’t.

It looks like it’s Sisters Uncut Bristol who will be leading the charge, with an action for all self-identifying sisters taking place this Sunday to demand domestic violence services are funded, after many have faced the politicians axe.  Join them, 11.30am at the band stand in Castle Park (Facebook event). Both Peoples Assembly and BADACA have upcoming local meetings on the 28th of November, Bath Against Cuts meet at 8pm on the first Tuesday of every month, at The Ram, Widcombe. We’ll post any upcoming actions both here and on Alt Bristol & Facebook. A demonstration is planned for February 18th, and we need it to be massive. See you in the streets.

Sisters Uncut Bristol will be taking action Sunday 20th of November 11.30am